History of the Mount Sinai Collection of Parokhot

Throughout Jewish history, many pious families bequeathed Ark coverings known as Parokhot to their synagogues. The beautiful Parokhot were often donated to honor a deceased loved one whose name is referenced in the delicate embroidery. Many Ashkenazi (Central and Eastern European) synagogues maintained full collections of Parokhot, some for weekly and Sabbath use; some reserved for holidays.

In 2014, the Los Angeles chapter of The National Council of Jewish Women (NCJW) contacted Mount Sinai about a donated collection of Parokhot from an unnamed collector who had passed away. Due to the religious significance of the collection, the NCJW suggested that Mount Sinai place the entire collection in our Genizah (storage area for Jewish ritual objects).

After reviewing the pieces in the collection, we were fascinated by their craftsmanship and historical significance, so instead of putting them away, we have placed several of the Parokhot on display. Their embroidered inscriptions offer a window into places and families who beautified their synagogues with these objects of art and devotion.

A historical “find” from the collection is this delicate silk tapestry which can be traced back to Charlotte Edle von Wertheimstein, wife of (Baron) Moritz Koenigswarter. Baron Koenigswarter was a renowned Jewish banker and philanthropist and one of the greatest public benefactors of Austria. He took a personal interest in the Institute for the Blind at Hohen Warte, near Vienna, which had been endowed by his father. 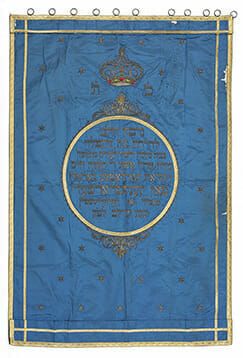 Heartfelt Donation for the Beautification of the Synagogue of the Shelter and School for the Blind, from Madame Sarah, wife of R. Moshe Hayyim, who is called Charlotte, Baroness of Koenigswarter of the Wertheimstein nobility in the year  Tarl”b (1872) 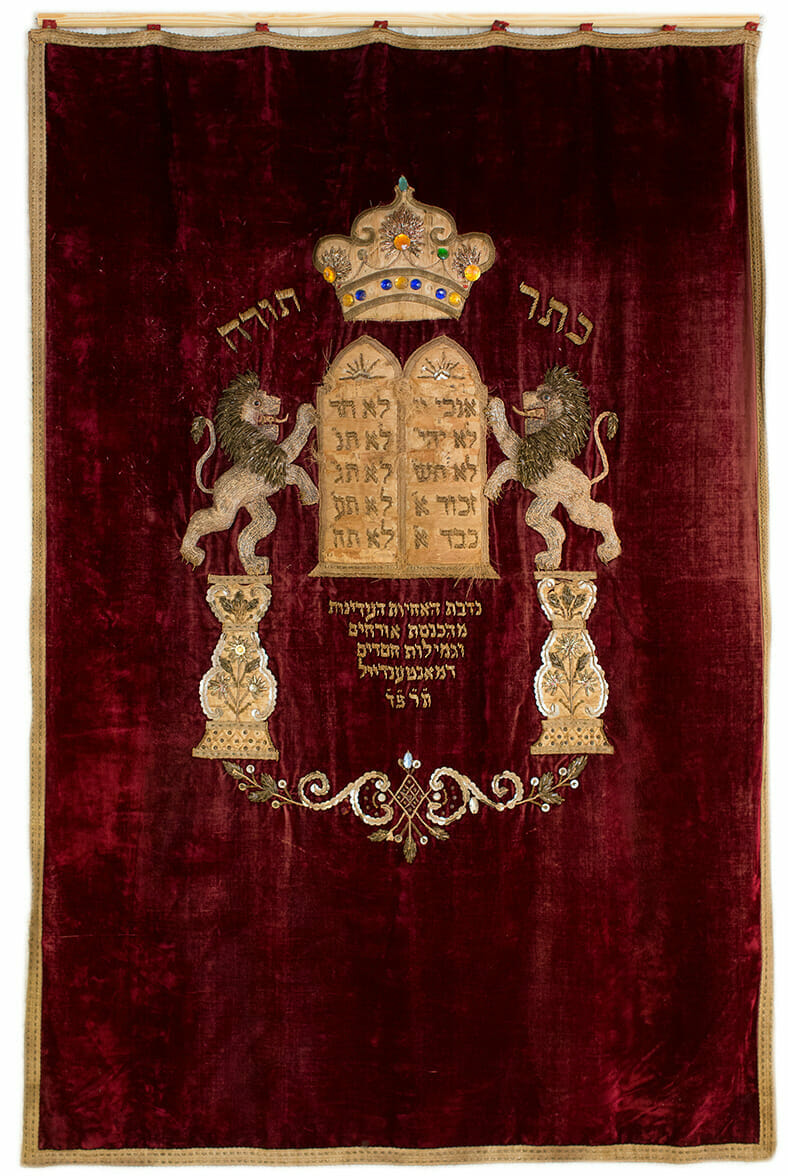 Several symbols frequently seen on Parokhot from Ashkenazi congregations of the late 19th through mid-20th century feature images such as the Ten Commandments which represent the Torah and the Lions of Judah which denote strength and power. The Torah crown suggests royalty, and is often associated with the crown of learning and wisdom.