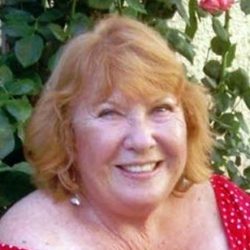 Shirley Barbara Cooper, 83, of Henderson NV, passed away on Wednesday, May 30, 2018. She was born on October 10, 1934 in Los Angeles, Ca. to Hyman and Esther Koplowitz. Shirley attended UCLA before continuing her education in her fifties at Cal State University Northridge where she completed her CPA and double majored in Business Administration and Computer Science. Shirley’s love is anything to do with animal rescue. She is preceded in death by her parents Hyman and Esther Koplowitz (Kaplan), survived by her husband Roger Cooper, children Chris & Nancy Jenkins, Kevin Jenkins, Linda Heck, Jay Jenkins and Karen Branham and step children Melanie Zimmerman and Michael Cooper, 16 beautiful grandchildren, and 12 great grandchildren. A Funeral Service will be at 10 AM, Tuesday, May 5, 2018 at King David Memorial Chapel. A Graveside Service will be held at 3:00 p.m. Thursday May 7, 2018 at Mount Sinai Memorial Park
in Hollywood Hills, Ca. In lieu of flowers, donations in Shirley’s memory can be made to the Nevada SPCA at spcanevada.org and Michaels Angel Paws at michaelsangelpaws.org. King David Memorial Chapel handled the arrangements.