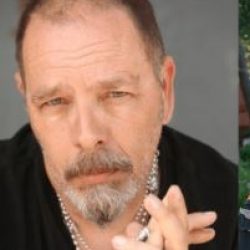 Howard was kind to me as a one-store operation, but way way way more importantly, many years later his straight talk helped me catch myself as I was falling. I had been unaware of the sudden stop for which I was likely headed. Howard Levine, you will be missed. RIP

I met Howard when I was a kid in the biz. He was a friend, he mentored, and gave me advice. I played golf with him. I rode Harley's with him. I had lunch with him a million times at San Carlo. I played Black Jack with him in Vegas at AVN shows. He'd yell at me cause I hit on 12 and took his card.... LOL. We were friends, competitors in Biz, and always got along. Howard was a Legend. We all will miss him. I can't believe he's gone. But, I can only hope he is in a better place, and is whole again. Howard would call me sometimes on a Saturday morning to go riding. The call would go something like this: Hello... Hey Bud, It Howard... Let's ride. Bro, its 7 a.m. Volponi get up, C'mon... we'll ride to the beach, I'll buy you a coke. This coke... is it gonna have anything in it...? Howard: Yeah, Ice. LOL